Joy of sledge: The 10 best ever Ashes jibes

“I’ll get you a piano instead – see if you can play that.”

Aussie quick and classical music fan (probably) Merv Hughes to, depending on the source, England’s Graham Gooch or Mike Atherton. Atherton once said about Hughes: “I couldn’t work out what he was saying, except that every sledge ended with ‘arsewipe’.”

“The wife’s fine but the kids are retarded.”

Ian ‘Beefy’ Botham could have been an Aussie when wicketkeeper Rod Marsh asked him: ‘So, how’s your wife and my kids?’ When you can do this you can say what you want…

“If it had been a cheese roll, it wouldn’t have got past him.”

Sledging doesn’t have to be at the opposition. This was Graham Gooch’s appraisal of Shane Warne’s Ball of the Century, the great leg-spinner’s first delivery on English soil in 1993. Mike Gatting’s still not sure what happened.

“You got an MBE, right? For scoring seven at The Oval? That’s embarrassing.”

Sometimes blunt is best. Shane Warne to Paul Collingwood, who got given an MBE as part of the team which won the 2005 Ashes. His contribution was seven and 10 runs in one of the Tests. 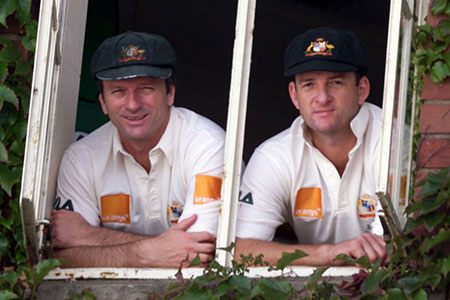 Seam bowler Jimmy Ormond is probably more famed for his sledge to Mark Waugh than his cricketing exploits, after he was told told: ‘You’re not good enough to play for England.’ His response:

“Maybe not, but at least I’m the best player in my family.”

Spectators get in on the action too. This was from the crowd to Question of Sport’s former England spinner Phil Tufnell.

“Oi, Tufnell, can I borrow your brain? I’m building an idiot.”

Aussies may remember this from Hey Hey It’s Saturday’s Red Faces in 1991 – classic.

Again Atherton, a popular target of the Aussies, had a solid retort to Ian Healy who called him a ‘fucking cheat’ for not walking when they thought he was out.

Gotta give it to him for the classy way of calling his opponents fucking cheats.

Not specifically an Ashes jibe, but a favourite of Denis Lillee to batsmen was:

“I know why you’re batting so badly – you’ve got some shit at the end of your bat.”

If they take the bait and look at the toe of their bat, he’ll say. ‘Wrong end, mate.’

Lillee had a bit of experience with bats. He miffed the Poms back in the day when he came out, and was going alright with, an aluminium bat. Here’s the great quick throwing his toys out of the pram.

A more polite but no less cutting jab from legendary England fast bowler Fred Trueman to batsmen who came through the Pavilion at Lord’s and through the gate of the picket fence.

“Don’t bother shutting the gate, you’ll be back soon.” 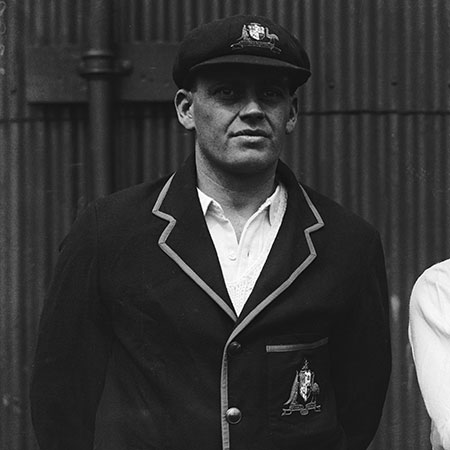 My favourite of all came from Bill Woodfull. He looks such a gentleman in his blazer, but he was doing his duty as skipper when England captain Douglas Jardine complained to him that someone had sworn at him during the Bodyline series.

“Which one of you bastards called this bastard a bastard?”

What a witty bastard.

Meal breaker: Woman attacks sandwich maker for putting on “too many pickles”

Run with zebras and giraffes at the Big Five Marathon