Like children sent to the naughty corner, the Australians were given a morning to think about what they’d done the day before when they were bowled out for 128.

Proper Test cricket was played perhaps for the first time this series with England’s batsmen, including night watchman Bresnan, grinding down the bowlers and steadying the ship while adding 83 runs to their total.

England have potentially two days to bat and grind Australia into the ground, and the way Joe Root (63 not out) and Tim Bresnan (32 not out) played this morning they have every intention of using them up before unleashing their bowlers and moving to wrap up the match.

England began the day with a scoreboard you’d expect of the shambolic Australians, 3-31, with Root surviving some testy moments the night before with night watchman Tim Bresnan on 0.

No surprise that Peter Siddle took the first over from the Pavilion End having snagged 3-4 off five overs yesterday, but he overpitched his first ball to Joe Root and was whipped through mid-wicket for four.

The Aussies kept them quiet early on, finding swing with some cloud cover.

It took Bresnan until his 30th delivery faced to get off the mark with a sketchy top edge, and he racked up the runs with an edge through the slips for four. 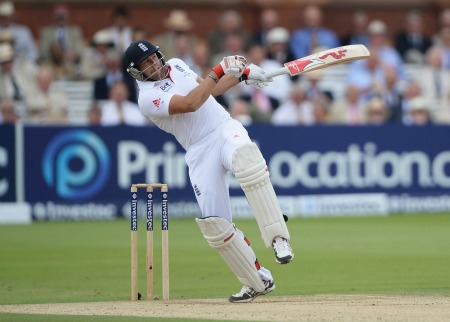 It was a subdued battle of attrition from that point, as Root and Bresnan waited for the bad balls – which came more often than Michael Clarke would like – and punished them.

In a good sign for the Aussies for the series, Ashton Agar’s leg injury was good enough for him to have a trundle – what he’s picked in the side for. The bad news was he didn’t trouble England’s batsmen in any real way and has two wickets only from his 60 or so overs so far this series. Not good enough for a frontline spinner.

Bresnan and Root brought up their 50 partnership in 134 balls without too much drama.

Root brought up his own 50 with a casual punch off the back foot from James Pattinson, who had found more rhythm this session than the first innings, but still offered up too many four balls.

The way it’s going this is now a matter of how many runs Alastair Cook wants before calling his batsmen in – with Ian Bell and Jonny Bairstow, plus some hitting from Matt Prior and the tail, plenty would be the answer to that. 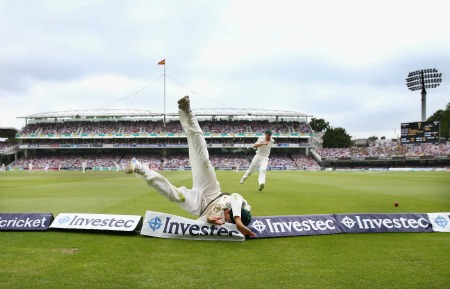