Established in 2012, Match&Fuse London provides festival-goers with an expertly curated snapshot of the very best underground artists from across Europe. Borderless and genre-less, it is all about European collaboration – something particularly poignant at present.

This year a diverse set of 22 different acts from 14 countries take to the stages. There will be a mixture of established artists and exciting Match&Fuse debutantes on show – some scheduled to play individually while others will join forces in ground-breaking musical match-ups. All about newness, raw energy and edgy sounds, at the end of each night artists will be invited to come together for spontaneous, improvised sets.

Powered by Musician DIY, this innovative touring network for original music grew rapidly with Match&Fuse London being the flagship festival. It is the brainchild of musical crusader Dave Morecroft and was conceived to allow accomplished underground musicians to play and promote themselves outside their own countries. 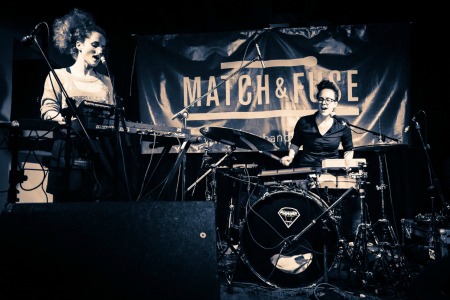 The 2016 London line-up has been painstakingly put together and stands out for a number of reasons, starting with the fact that nearly half the musicians are women. Female individualists set to play include the captivating Estonian pianist and singer songwriter Ingrid Lukas, Zoë Mc Pherson and her Belgium-based indigenous electronics live act Empty Taxi, and the awe-inspiring Zosia. Noted for her heartfelt songs, Zosia is widely regarded as one of the most exciting and creative cellists in the UK right now.

While this year’s festival will once again culminate with an improvisational performance from the Eirik Tofte Match&Fuse Orchestra (an ambitious mega-fuse), a number of other of high-octane fuses are on the agenda. Sets not to be missed include emerging Portuguese trumpeter Susana Santos Silva with Evan Parker (the UK-based heavyweight jazz saxophonist), and Julie Campiche with Paul May + Pete Marsh. It’s Switzerland meets the UK and progressive harpist versus drum and electric bass maestros.

Commenting on the launch of Match&Fuse London 2016, festival founder Dave Morecroft said: “As ever, we’ve got an incredible line up for London and I’m sure the artists are going to blow everyone away. We have a continued belief in and commitment to the performers we work with. But the whole festival just feels more important this year in terms of what it stands for. Match&Fuse is all about collaboration and togetherness. Right now our sense of European community feels somewhat fragile. Music is a great unifier, a true connecting force. I can’t wait for everyone to come together and for the festival to open.”

Here’s a guide to what’s going on:

Krokofant (NO) – Power-trio of sax, guitar and drums, winning lots of awards in Norway currently and with aggressive rock grooves under burning sax lines

Susana Santos Silva (PT) + Evan Parker (UK) – the mighty Evan Parker is brought together with one of Portugal’s most famous improvising musicians, as a new collaboration under M&F

Antler (NO) – pensive yet sometimes experimental pop trio from Norway, fronted by Natali Garner, with whom M&F worked last year