Avocado producers in the Bay of Plenty on New Zealand’s North Island are waking up to find that hundreds of avocados have been stolen from orchards. The thieves are either hand-picking or “raking” the trees of their fruit in the middle of the night, before selling them on the black market.


But why is avocado theft on the rise? Put simply they’re selling for NZ$4to $6 (that’s approximately £2-3) each partly because of a poor growing season and partly because New Zealanders, like the rest of the world, are going gaga over the green gold. Just call it the Nigella effect: we can’t get enough of the smashing and smearing of avocados on toast… 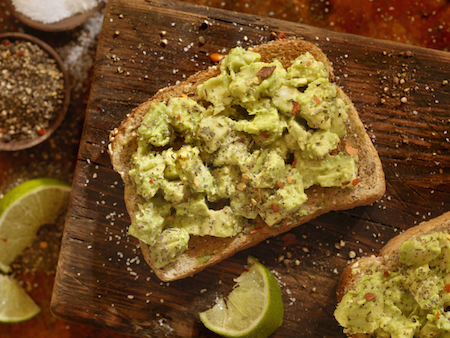 “People want them, people know they need them in recipes, so the thieves are thinking maybe we’ll be able to get a good price for these avocados,” says Jen Scoular, CEO of New Zealand Avocado.

But the theft isn’t just a pain for avocado growers. Consumers buying them could also feel ill.

Avocados are immature at this time of year plus  “some have been sprayed recently, and they may still carry toxins on the skin,” police sergeant Aaron Fraser explained to The Guardian. “But with the prices so high at the moment, the potential for profit is a strong inducement for certain individuals.”

On a more positive note, this year’s good harvest should eliminate the demand for black market avocados and thus, the theft.

The Sydney Siege: A message to TNT readers

‘Dead girl’ wakes up at her own funeral