It has been the week in which everyone cast their eyes towards the Oscars with the hosting of the Golden Globes earlier this week indicating possible ways the Academy could vote, and the announcement of the Bafta nominations.

Ricky Gervais was on top form hosting the former, mocking the movieworld mases, with Clooney collecting the Best Actor award and Meryl Streep Best Actress in a drama. The latter saw Tinker, Tailor, Soldier, Spy, pick up a slew of noms – after the Yanks unceremoniously ignored it – but the real stand out has been hymn to Hollywood’s bygone Golden Age The Artist which collected noms for Best Actor, Actress, Director and Film at the Baftas and walked off with the Best Comedy or Musical Film at the Globes, not to mention being the clear Oscar frontrunner (a group of Scouse cinemagoers have been less than impressed with the French Silent Film dazzler though). But as for this week, here’s the pick of what to hit and what to miss this weekend. 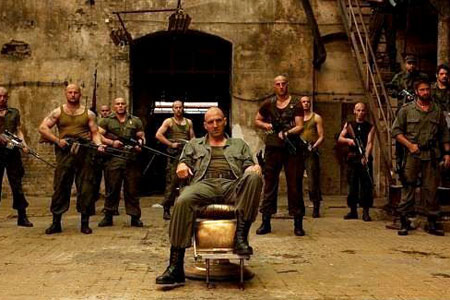 Ralph Fiennes finds a way to bring the Bard into the present day in his big screen adaptation of one of Shakespeare’s lesser known plays Coriolanus (Lionsgate, out Jan 20), about a power crazed military man and ruler and the cost his despotic demands accrue. Rather than the original’s Roman setting though, Fiennes takes it to the Balkans and shoots it like The Hurt Locker meets Saving Private Ryan, with Gerard Butler. Butch men, bravado, and brutality, shot through with the GCSE-fave playwright’s tongue-twisty dialogue. It’s high-brow with bullets. 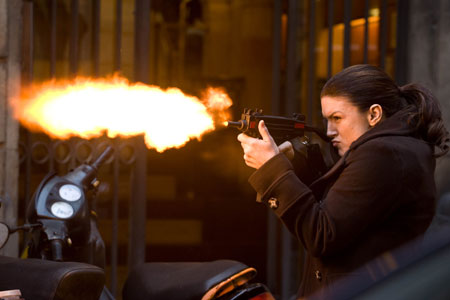 Bourne gets a gender swap, so to speak, in this action-thriller from director Steven Soderbergh about a black ops soldier who is double-crossed by her own side upon whom she exacts her fairly bruising revenge. Whereas Matt Damon was an indie star eyed with suspicion at the thought of convincing as a muscled CIA man (before The Bourne Identity’s release, that is), Haywire (Paramount, out Jan 20) stars Gena Carano as its titular solider. Real life profession for Ms Carano – MMA star, so when you see her laying in to co-stars Ewan McGregor, Michael Fassbender and all its pretty easy to believe when she’s kicking the living shite out of them. 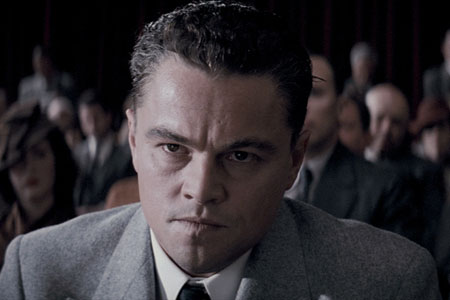 A famed figure from history, much character-mimicking thesping, J Edgar (Warner Bros, out Jan 20) has its eyes on awards, and Leonardo DiCaprio – who stars as the founder of the FBI J Edgar Hoover in a biopic tale that spans 70 odd years – acquits himself admirably. The FBI themselves were wary of Clint Eastwood’s film, worried about its presentation of the divisive figure who formed their Bureau and the dress-wearing, sexuality-considering themes running at the heart of its story, which looks at the measures taken to protect the United States and to what extent the means taken are outweighed by their end result. It has an epic sweep undoubtedly and focuses on the personal relationship between Hoover and his right hand man. A puzzled focus – not to mention some dodgy effects work – hamper this quest for Oscar gold. 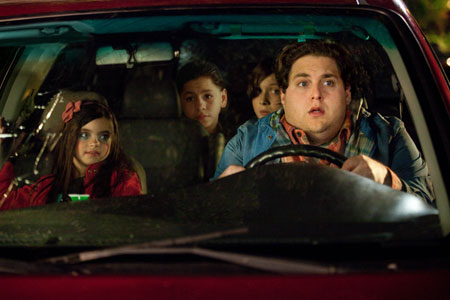 Jonah Hill takes the lead in this Eighties-riffing comedy – the plot’s a mash up of contemporary gross outs and Elizabeth Shue-starring babysitting adventure flick A Night on the Town – with Pineapple Express helmer David Gordon Green calling the shots. In The Sitter (Fox, out Jan 20) Hill is a slacker still living at home who’s pushed in to a babysitting job looking after the kids next door and decides to take them with him as he heads out for a ‘sure thing’, crashing into sharting pre-teens, drug-dealers, and people intent on making his night the worst of his life. 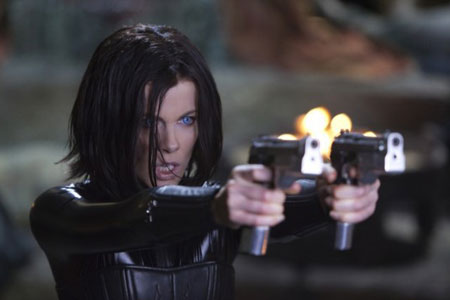 Quite how this franchise has got to four films is anyone’s guess, but it has and so it’s fair to say that it’s not going to shake up the formula at this point. Awakening (Entertainment, out Jan 20) sees Kate Beckinsale back in the latex get-up, more lycans and vamps duelling it out to see who can be the most cine-seen supernatural being of the year, presumably, and all in glorious, blood-spattered 3D. 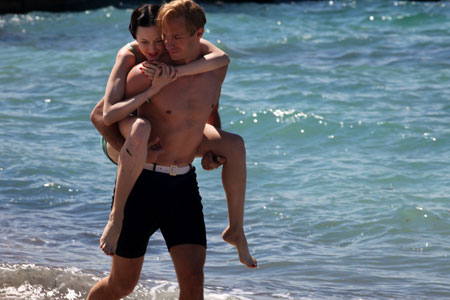 There have been many to criticise Madonna of her attempts to make it as a movie director and W.E. (Optimum, out Jan 20), the tale of King Edward’s VIII’s love for  Wallis Simpson and the present day woman, played by Abbie Cornish, who becomes obsessed by it, will do little to dispel the naysayers. It would be interesting to see though how this stylised, revisionist tale would have done had Madge kept her involvement a secret only to unveil it post-release. Are opinions shaded by Madge’s fame and fortune? Probably. Is W.E. a great film? Unlikely. Is it better than most people are bound to say? Most likely, too.

THE CHANGE UP (Universal Pictures, out Jan 23) 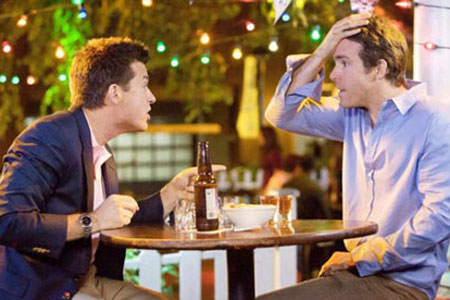 Somebody somewhere is extremely insistent that Jason Bateman will star in a hit comedy, no matter how many times he stars in ones that fall short of the mark, either critically or commercially, or both. Body swap comedy The Change Up , in which Bateman’s uptight married man and Ryan Reynold’s reckless womaniser swap bodies – and lives – is average fare. Funny without being especially memorable.

THE DEBT (Universal Pictures, out Jan 23) 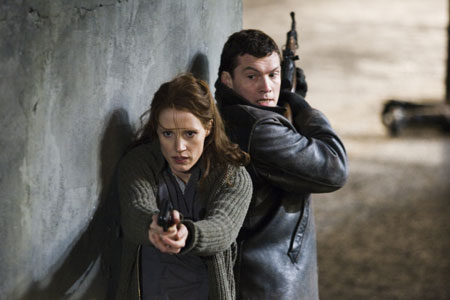 Titan-crusher Sam Worthington continues he run to be the go-to-guy for action-man roles with his turn in The Debt, an action thriller, with an all-star cast that takes in Tom Wilkinson, Helen Mirren, and actress of the moment Jessica Chastain, about the Cold War, Nazi war criminals and the gap between remembered truth and reality.

RED STATE (Entertainment One, out Jan 23) 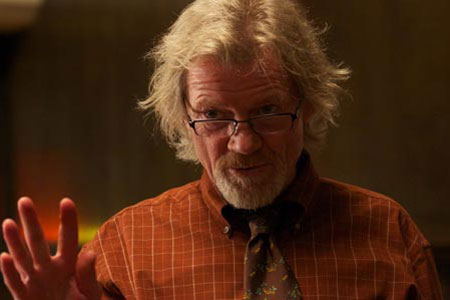 Meanwhile, Kevin Smith takes time out from Jay and Silent Bob for Red State, a horror-thriller about a fundamentalist sect in the US who kidnap a group of young, sex-hungry boys, with a hostage situation ensuing. Part action film (Smith excels in this part actually), part horror (not so much here) and part cop movie (John Goodman is the SWAT-type dude who arrives with muddled morals to take down the devout nutjobs and save the day), it’s inspired by the likes of the Westboro Baptist Church in the US. It also marks a radical change of direction for Smith (which is a shame cos he has announced that it will be his last as director) but jumbles its genres and emerges a little muddled by the end. 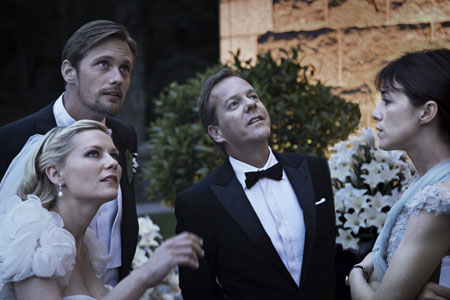 Even though Melancholia was named the best film of last year by US critics, don’t be fooled or taken in by this accolade – it is a laborious, mind-numbing tale of the end of the world, the act of sitting through which makes you long for the real-life apocalypse. Kirsten Dunst is a manic depressive newly-wed mulling over her life and family as a giant meteor lumbers into view. Overshadowed at the time of its release for its director Lars Von Trier’s Nazi-gaffe at Cannes, it is worse than you could think. Seriously, that bad. Avoid. 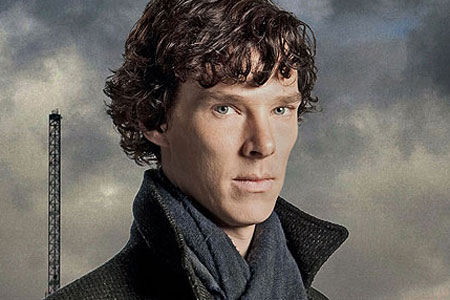 And after signing off last weekend with a cliffhanging episode, Sherlock comes to DVD with Holmes and Watson’s second round of cases featuring a very contemporary take on the Conan Doyle’s Hound of the Baskerville’s tale. Series three is already confirmed so if you haven’t got onboard this hugely popular series yet, now’s the time.

The Other Ashes: Forget cricket, we put Australia and England head-to-head in 10 categories that actually matter

Britain is a nation of clueless coffee lovers