David Walliams completed his 140-mile charity swim through the Thames yesterday, admitting that it left him feeling like his “arse was going to explode”.

The funnyman, who failed to be derailed even after contracting a stomach bug throughout the eight-day swim, said the experience of being alone in the water for hours each day had left him feeling loopy.

But he said he was thrilled to have raised more than £1million in donations for Sport Relief projects in the UK and Africa.

After finishing yesterday just after 6.30pm near London's Big Ben, the Little Britain star, 40, admitted: "I feel quite tired."

Williams told a huge crowd who had gathered to cheer him: "Thank you so much for your waves and cheers but most of all for your donations."

His model wife Lara Stone hugged him as he emerged from the water. His mum, Kathleen and celebrity friends, Barbara Windsor, Miranda Hart and Lenny Henry were also there.

Williams, whose mum said was a star swimmer at school, started his swim at Lechlade, Gloucs, wearing just trunks. But the cold water forced him to wear a wetsuit, which caused a painful rash on his neck.

Williams swam across the Channel to France for Sport Relief in 2006, but admitted this swim was much more trying.

He said: "The first section of the swim really shocked me. The water is two degrees colder than when I swam the Channel — just 15 degrees.

"Although that doesn't sound like much, it's made a massive difference to how I've been able to cope."

He also suffered from "Thames tummy" despite having antibiotics to cope with the mucky river –which has had 500,000 cubic metres of sewage poured into it in the past week. It left him vomiting and suffering diarrhoea.

Williams admitted he won’t be thinking of taking on another swimming challenge for some time. He said: "I've had enough of swimming. I need to have a nice lie-down."

Dow are also the creators of Agent Orange, used to devastating effect in Vietnam.

Protesters and many Indian athletes are angry that Dow is being allowed to use the Olympics to bolster its image.

Demonstrations are taking place in Bhopal over the next couple of days, to coincide with the 27th anniversary of the Bhopal gas disaster. Effigies of Olympic chairman Sebastian Coe were burned and an image of Dow as a five-headed snake was held aloft. 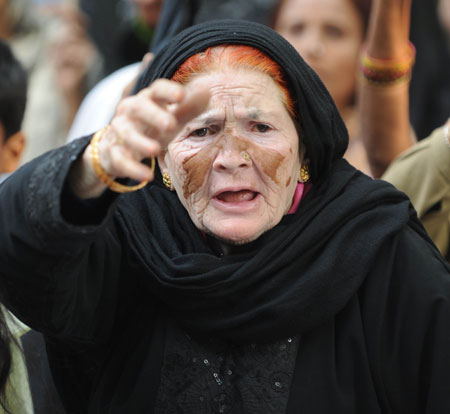 Protesters say that in accepting Dow Chemical as a sponsor of the London Olympic Games, Coe and has abandoned any moral responsibility.

If LOCOG ( London Organising Committee of the Olympic Games ) does not reject Dow Chemical’s sponsorship, activists say that children with congenital disabilities caused by the Bhopal disaster and Vietnamese children hurt by Dow’s Agent Orange will perform at an alternative ‘Bhopal Olympics’.

Dow’s name is expected to be prominently displayed on 336 25m high vertical panels at the Olympic stadium.

There have also been calls for India to boycott the 2012 Games over the controversial sponsorship. 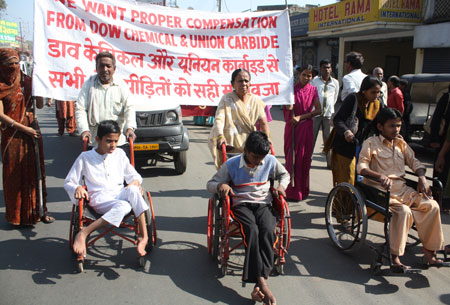 In 2001 Dow took over Union Carbide,  the company that operated the Bhopal pesticide plant at which leak of chemical gases killed thousands of people and devastated the environment.

Union Carbide paid  £288m in compensation but human rights groups claim the sum is  inadequate and are calling on Dow to pay survivors adequate compensation clean up the site.

Joanna Yeates’ killer joked about her death at party

After dark special at Blackpool dungeon