What did Facebook get for their £790,000 layout? Well, they got a company which has doesn’t generate a penny of revenue, 13 staff, and a mobile phone app with about 30 million users.

Tech journalist Om Malik suggested Facebook bought Instagram because the app had managed to make photo sharing an emotional experience, something Facebook he suggested had failed to do.

“Or maybe Zuckerberg just wanted to be the guy who was offering the cool $1 billion,” said The Verge editor Josh Topolsky said in his Washington Post column.

And whilst it’ll be some time yet before we find out whether Facebook’s splurge on Instagram was a shrewd move or not, it didn’t take long for many to evoke the spectres of misguided mergers past.

But Facebook will have some way to go to beat some of the catasrophic web acquisitions of the last twenty years.

If you think a billion dollars seems like a lot to spend on a picture sharing website, we’ve got some surprises in store for you.

The company originally set out to sell shortwave radio devices that would allow spectators within a live sports venue to hear the broadcast commentary. But the company moved into internet radio, purchasing the rights to broadcast in several US cities. The site gained popularity with college sports commentaries and moved into broadcasting political events, before the company was floated in 1998. It set a one-day market record after its shares rose almost 250% from its opening price in one day.

Mark Cuban remains in the world’s top 500 richest people and is credited with the biggest ever single online purchase after he bought a Gulfstream jet for $40 million.

Back in the late nineties, as the dot-com bubble was nearing its height, Blue Mountain was the 14th most popular website on the web. In fact, only Amazon and eBay made more money than Blue Mountain online in 1999.

Sadly, the e-card market collapsed faster than an lazily whisked souffle, and the site was sold again 2001 to American Greetings for just $35 million.

Blue Mountain is still going, so if you want someone to know you care enough about them to send them a novelty email, but not quite enough to shell out £1.20 on a piece of shiny card, then you know where to go.

News Corp buys Myspace for US$580 million
When Rupert Murdoch’s NewsCorp bought Myspace for $580 million in 2005, many people thought it was a shrewd move by the Aussie media mogul.

Fairly few commentators predicted the way in which Facebook would go on to level all-comers in the social network arena.

Founded in 2003 Myspace was the web’s most popular social network until it was overtaken by Facebook in 2008. In 2006 it even had more US web-traffic than Google.

However, a string of redesigns, a lack of innovation and the rise of Facebook saw its user base crumble from 95 million to less than 30 million.

The site was bought in June 2011 by Specific Media and Justin Timberlake for about $35 million, while Facebook, originally a pesky MySpace competitor is now valued at $65 billion. 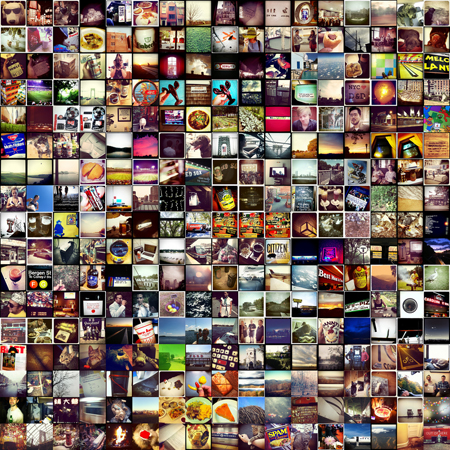 AOL buys Bebo for US$850 million
AOL was a company famed for its misjudged acquisitions – Netscape $4.2 billion in 1998, really set the bar – and when it spent $850 million buying UK-based social network Bebo, many in the web industry were flabbergasted.

The site was already hemorrhaging users to Facebook in 2007 when the site first went into talks with the dial-up era web-giant.

In 2008 Bebo had more than 34 million users, but the acquisition came a good four years after the advent of the social networking phenomenon.

AOL paid for a site in decline, and that’s what they got.

AOL buys Time Warner for US$164 billion
At the time of Aol and Time Warner’s merger in 2000, the former was valued at twice the latter despite having only half the cash flow.

The $350 billion merger was talked about at the time as the “” but has come to be taught as the single worst merger in the history of business.

Technically Aol bought Time Warner for $164 billion, with their shareholders owning 55% of the new company, and Time Warner shareholders picking up the other 45%. The idea was Time Warner would be able to use Aol’s subscriber base to funnel its publishing output directly into people’s homes. Some people still argue it was a pretty good idea.

But the dot-com crash and infrastructure problems saw the new company come back to earth with a thud. In 2001 Aol Time Warner posted a loss of $99 billion, one of the largest losses in business history.
Aol span out from Time Warner in 2009, and with both companies now approximately and eight of what they were originally worth

Terra Networks buys Lycos for US$12.6 billion
Remember Lycos.com? They had adverts with a black labrador and you could send free SMS messages of their website?

Yeah, well, amazingly enough, the ability to send free text messages was deemed such a genius idea that in 2000 Terra Networks, a Spanish web company, bought the site for wait for it, $12.6 billion.

By the time the deal had concluded however the dot-com bubble was a wet stain on the carpet, and both companies value had crumpled to $4.6 billion.

It was last bought by an Indian Ybrant digital an Indian internet marketing company for $35 million.

Cycling and Hiking in Cowboy Country!