Communities from all corners of the globe have flocked to London, settling in neighbourhoods that are now synonymous with certain cuisines, such as Brick Lane (Indian) and Edgware Road (Middle Eastern fare), and changing the way Brits eat forever.

Here’s a guide to adding some new flavours to your life.

What: Enjoy traditional home-cooked Eritrean treats like richly spiced zigni (lamb stew) and hamli mis ajibo (spicy spinach with cured cottage cheese), all scooped up  with injera – round, flat, crepe-like bread.
Must try: Spinach rolls – they’d make Popeye weep with joy.
The damage: A meal washed down
with an African beer for under £15.

What: Interesting starters, like smoked aubergine with walnut, garlic and sour pomegranate juice, and tender, juicy chicken and lamb grills.
Must try: Bastani – Persian ice cream made with saffron and pistachio. Heaven.
The damage: A main and dessert for about £15 (BYO).

What: A fusion of Chinese and Indian with a touch of Thai. Burmese favourites like khauk-swe, egg noodles in a spicy coconut sauce with chicken or prawns, will keep you coming back.
Must try: Mokhingar (fish soup with rice noodles).
The damage: A meal and a beer for about £10. 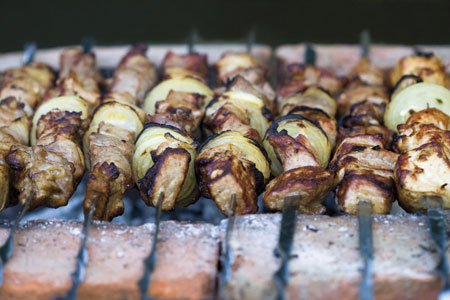 What: It’s all about meat at this buffet house – tender grilled rump steak, chicken and ork from large skewers. There’s also a salad bar with Brazilian classics, like black bean feijão stew.
Must try: Bacon-wrapped sirloin skewers.
The damage: Meat, salad bar and a beer for less than £25.

What: If you like your bratwurst washed down with some fine German beer, a spot of yodelling, and a cowbell cabaret thrown in, you’ve come to the right place.
Must try: Holzplatte für Zwei – a meat feast for two.
The damage: A meal and a stein for under £25.

What: All the traditional favourites like jerk chicken but also some of London’s most creative Caribbean food – and funky cocktails like the ‘Obama Mama’.
Must try: Rum and garlic prawns.
The damage: A meal and a cocktailfor under £20. 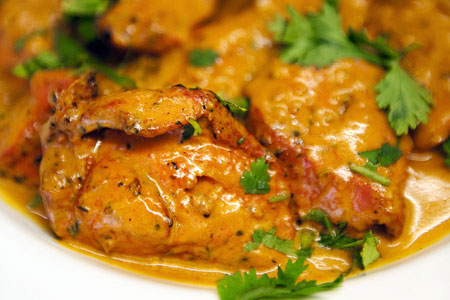 Curry has become more traditionally English than fish and chips.

The first curry recipe was published in Britain in 1747, and the first Indian curry house was opened in 1810. Its popularity grew among the upper classes who were fascinated by the exotic new spices sent over from the sub-continent.

England’s oldest surviving Indian restaurant, Veeraswamy, opened in 1926 in Regent Street and quickly became fashionable with the rich and famous.

The rest of Britain was smitten by the 1950s with the invention of ‘Coronation chicken’ – curry powder mixed with a creamy mayonnaise-based sauce, to commemorate the coronation of Queen Elizabeth II in 1953.

But its popularity really exploded when migrants arrived from Bangladesh in the 70s, and since the late 1990s, chicken tikka masala has been named as the nation’s favourite dish.

Best ski and snowboard trips for any budget