London is chocca with royal locations steeped in history and straight off a postcard. Here are London’s top royal attractions.

The scene of the most eagerly anticipated royal event for 31 years, Westminster Abbey will come to life in April as the incredible gothic structure plays host the union of Britain’s soon-to-be-most-famous couple. You won’t get near the inside on the big day so have a wander round in the preceding months.
The Abbey has been a popular venue for royal weddings: Princess Margaret got hitched to Antony Armstrong-Jones here in 1960, and Fergie and Prince Andrew married here in 1986.
Entry: £15
Get more info: westminster-abbey.org 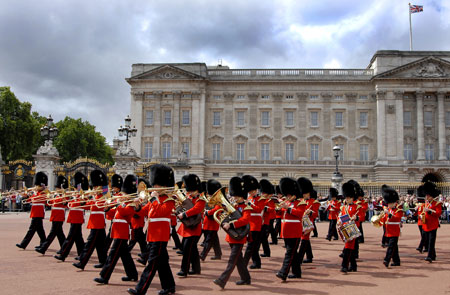 The Queen’s official London gaff is the ultimate des res with 775 rooms including 52 royal and guest bedrooms, 78 bathrooms, its own chapel, post office, swimming pool and cinema. Although the palace isn’t open at this time of the year, head to the Royal Mews – one of the finest working stables in existence where you can see the State vehicles (£7.75). The biggest drawcard is the daily changing of the guard at 11.30am (alternate days during autumn and winter).
Get more info: royal.gov.uk

More than 600,000 people turned out to see Lady Diana and Prince Charles tie the knot here back in 1981. The Cathedral we see now was designed by the court architect Sir Christopher Wren and built between 1675 and 1710 after its predecessor was destroyed in the Great Fire of London. St Paul’s really comes into its own in the run-up to Xmas with its services, free concerts and carol services.
Entry: £12.50
Get more info: stpauls.co.uk

No British royal family has lived here since the 18th century so these days Hampton Court Palace acts as a decorative trap for tourists. Still, exploring the palace offers a fantastic insight into the life and times of Henry
VIII who acquired it from Cardinal Wolsey in 1528 and turned it into his own little lads’ pad, complete with Great Hall and the Royal Tennis Court. You can still see gardens recreated in the style of 1536. Check out the amazing Tudor kitchens – no wonder Henry was so fat.
Entry: £15.40
Get more info: hrp.org.uk 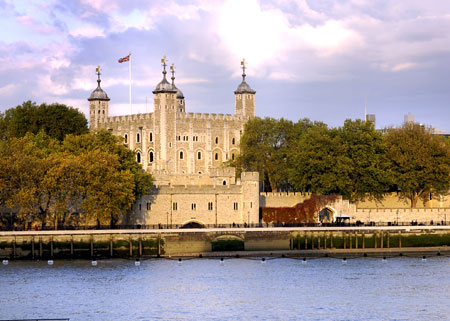 Some may think of the royals as living charmed, paid-for-the-by-the-taxpayer lives but things weren’t always this cushy. Those who fell foul of the prevailing regime invariably found themselves on the wrong end of an executioner’s blade at the Tower of London. Henry VIII’s wives Anne Boleyn and Catherine Howard were both decapitated here, and his daughter Elizabeth I was held prisoner at the Tower before she became queen. More cheerily, these days, the Tower houses the dazzling crown jewels – 23,578 gems in all.
Entry: £19
Get more info: hrp.org.uk/toweroflondon

Now home to the The Duke and Duchess of Gloucester, among other royals, and sometime hang-out for Prince Harry and Zara Phillips, this was once the official residence of Princess Diana. After her tragic death in 1997, Kensington Palace was the scene of an outpouring of grief as people in their thousands paid tribute to ‘The People’s Princess’ by carpeting the entrance with bouquets.
Entry: £12.50
Get more info: hrp.org.uk/kensingtonpalace

» The London Sightseeing Pass (londonpass.com) offers access to 55 attractions – including the Tower of London, St. Paul’s Cathedral and Westminster Abbey for £22 a day.

Video: The one that got away – clip of shark snatching girl’s catch goes viral

Morocco – the souks of Marrakesh to the Sahara desert