The custody row with Mick Philpott’s ex Lisa Willis led to the death of six children in a deliberate house fire where “the plan went horribly wrong” started with petrol by Mick and Mairead Philpott.

The plan, which had been rehearsed, was for Mick Philpott’s friend Paul Mosley to enter the back door and rescue the children before the fire took over the house.

“Today’s verdict shows that the children died as a result of the actions of Michael and Mairead Philpott and Paul Mosley when they set the fire.” said the Crown Prosecution Service’s Samantha Shallow.

“It was started as a result of a plan between the three of them to turn family court proceedings in Mr Philpott’s favour. It was a plan that went disastrously and tragically wrong.

“Amid all the details of the defendants’ personal lives that have come out in court, it should not be forgotten that at the heart of this case were the deaths of six innocent children.” 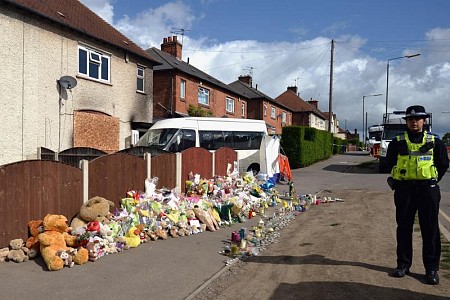 According to The Daily Telegraph, Mick Philpott was was jailed in 1978 for seven years after attempting to murder his ex-girlfriend Kim Hill when she tried to break up with him. The previous conviction was not revealed to jurors.

Korea unveils plan for $264b mega city to rival Dubai