Top 5 UK park festivals: From Bestival to T In The Park

Veterans of the scene will understand there are two ways to cope when camping out in a country where the possibility of scorching sun, torrential downpours, damp fog or chilly winds in August is all too likely.

The first is to rustle up a bizarre outfit that allows for any and all weather (a denim cut-offs/wellies/band T-shirt/daft hat/poncho combo is a winner) and wear it for at least 48 hours straight. The second is to stay drunk for the duration of the festival. Got it? Then you’re ready to go and rock out in a squelchy green park. 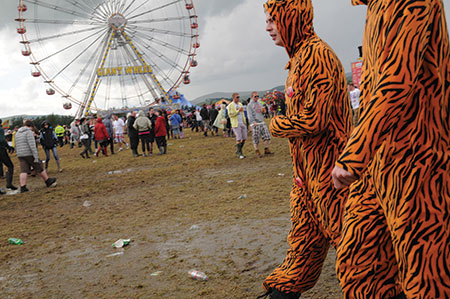 One of the most epic music festivals of them all is T in the Park, a major Scottish event that celebrates its 20th anniversary this year. It’s not strictly held in a park any more, despite the name, since it moved from Strathclyde Park, Lanarkshire, to the disused Balado airfield in Kinross-shire.

It’s a massive line-up this year, with Mumford & Sons, Rihanna, The Killers and Kraftwerk topping the bill, while Nineties indie giants Ocean Colour Scene and Stereophonics are also set to take the stage over the three-dayer.

When you’re not moshing, dancing, drinking or sitting round campfires, there are also plenty of other less traditional festival activities on offer. Leave the mud behind and treat yourself to a little hard-earned glamour in the Cabaret Club, where burlesque, circus, comedy and other performances can be found.

The top of T in the Park’s Ferris wheel is a perfect place to get an overview of all the madness going on over the festival grounds, or you can have a go on some of the other fairground rides such as the bungee ball, bomber and dodgem car rides. And if it all gets a little too much, you can always retreat to the Healing T village, where massages and other soothing treats are on offer. Wuss. Takes place July 12-14. 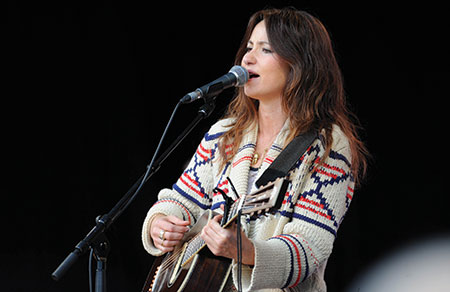 Nottingham’s beautiful Wollaton Park, which is complete with roaming deer and a stunning Elizabethan mansion, is transformed into a messy music fest on July 20.

One of the gentler events on offer this summer, the alt-rock/indie line-up includes KT Tunstall (above), Maxïmo Park, Jake Bugg and Rob Green. The comedy tent will also be worth stopping by, as Andrew Bird and the Raymond and Mr Timpkins Revue are up. 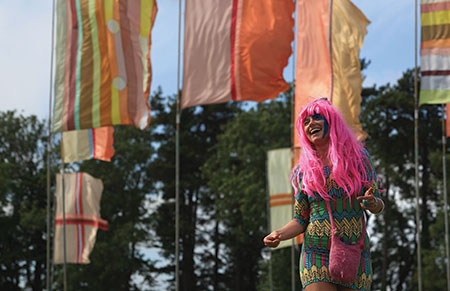 There can’t be many more feel-good events than Womad (stands for world of music and dance), when artists, musicians and dancers from across the globe have a big ol’ knees-up.

This version in Wiltshire’s Charlton Park includes musos from Pakistan, Norway, China and more playing traditional and contemporary tunes. Plus, of course, there’s the chance to get stuck into all sorts of cuisines at the world cookery stage. Runs July 25-28. 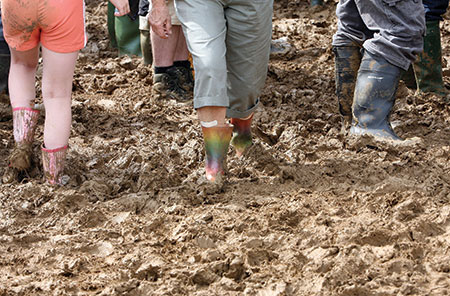 It’s all in the name at Green Gathering, a congregation of eco-warriors, eco-worriers, sustainability campaigners and those who just like being at one with Mother Earth.Taking place August 1-4 in Piercefield Park, Chepstow, it’s run entirely on renewable energy. 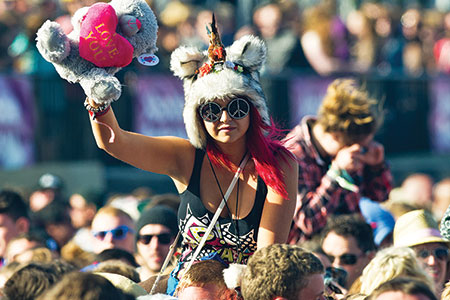 Fancy dress fan? You’ll love Isle of Wight’s Bestival then, where face paint, fairy wings, fake moustaches and the like are practically compulsory. Elton John and Snoop Dogg are playing – would love to be a fly on the wall at that backstage meet. Better still, there’s hopes that a giant inflatable Lionel Richie head will be installed for punters to party inside (check out Hungry Castle’s Kickstarter page).

Florida mum fed her daughter tapeworms to make her thinner