Rock ‘n’ roll is littered with stories of hedonism and idealism, success counterbalanced by dismal failure. Stories you couldn’t dream up if you were to get a room full of Hollywood screenwriters and task them with fashioning the most far-fetched idea they could muster.

Were you to do this, though, you’d be hard-pressed to come up with a tale as astounding as that of Sixto Rodriguez, the focus of an engaging and inspiring new documentary, Searching For Sugar Man.

“I spent six months travelling round Africa and South America looking for good stories,” filmmaker Malik explains of what caught his eye initially about Rodriguez’s tale. “I was speechless, I hadn’t heard such a good story in my life.”

Singer-songwriter Rodriguez was going to be the next Bob Dylan, a street poet prowling Detroit’s sidewalks with a guitar and tales of social conscience.

After recording two albums, Cold Fact and Coming From Reality, to little US success, he returned to labouring jobs, convinced his musical career was not to be. Unbeknown to him, though, his records found favour outside his homeland, in Australia and, especially, South Africa, where his anti-establishment songs and championing of the plight of the working class caught the attention of the anti-Apartheid movement, and subsequently went platinum.

“I did random vox pops in the streets of Cape Town and every second person knew of Rodriguez, no matter their age or sex,” Malik says of his initial investigations into the musician.

Despite this southern hemisphere success, no royalties or even news of his popularity made it across the Atlantic, and little was known in SA of the musician so many adored, his albums revealing little more than a solitary name.

It was in Rodriguez’s lyrics, though, that two musical detectives, Craig Bartholemew and record shop owner Stephen ‘Sugar’ Segerman delved to find out who their hero was.

Myths had flourished in the absence of fact, chiefly that Rodriguez was dead, either by a drug overdose or, strangely, a bizarre onstage suicide, but the duo’s investigation led them to Michigan, where they discovered Rodriguez was alive and well.

Before long, he was stepping off a plane in Cape Town in 1998, and playing sold out shows to 20,000 clamouring fans. He had found success, finally, and it had been on his own terms.

Rather than being a radio hit in South Africa, it was Rodriguez’s music, lyrics and inspirational world view that had won him his fanbase. 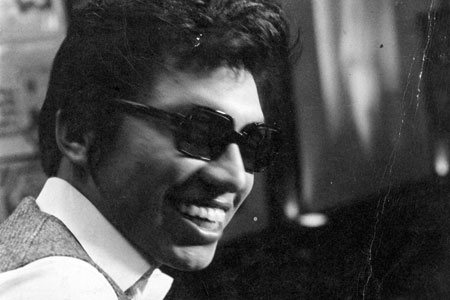 He had fervent fans who would go to the length of having his album covers tattooed on their arms, in some instances, in allegiance to his steadfast ethics and refusal to bow to the easier route, musically or in any facet of his life.

In fact, his records were not widely played on South African radio because they were then censored by the powers that be.

“After the [Cape Town] shows I went out and met the audience,” Rodriguez tells us when we meet him in a London hotel as part of the documentary’s world tour.

“There were a lot of soldiers and they told me how they were in service, they had conscription there, and they’d trade cassettes and that was how it circulated, in part, at that time.”

To hear of his anti-establishment ideals and how they connected with people, you’d expect the man himself – dressed in rockstar black when we sit down for our chat – to be full of polemic, yet he is nothing of the sort.

The man we meet, who ran for Detroit mayor twice, driven by his social idealism, is softly spoken and quiet, exuding the sort of inner peace that comes from enjoying and being at one with the world and his place in it.

Most tellingly, it was not the discovery of a revenue stream in ‘98 that most pleased Rodriguez, but the knowledge that his music had found the people, his people, for whom it was intended.

Far from pocketing long overdue pay cheques, he took the money from his Cape Town shows and gave it away. 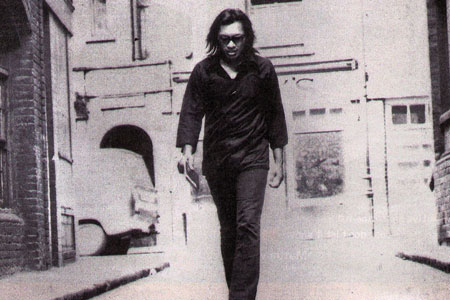 “The music industry is a fast-paced business, but it is not all about the money,” he explains.

“That’s not the reason you do things, there is more beyond that, another kind of reward – self-expression. Anyway, you can’t take money with you when you go.”

When piecing the doco together, Malik went back and spoke to many involved in the recording of the albums in the Seventies, notably Coming From Reality producer Steve Rowland and Cold Fact‘s Dennis Coffey.

“They had been waiting for this phone call for years,” Malik enthuses of the producers who’d worked with the likes of Jerry Lee Lewis and Marvin Gaye, but counted their work with the “prophet” Rodriguez as their most valued.

“They wanted to talk about being part of something pretty amazing in the Seventies, and they didn’t know the story [of Rodriguez’s South African success], either.”

Rodriguez himself was sceptical, and was only convinced to provide Malik with a new interview for the film – conducted at his home – when the Swedish-based filmmaker made the sojourn to Detroit.

“It’s a place you want to see in July when it is hot, or in February when it is very cold,” Rodriguez recalls of Malik’s courting of him.

“He came in February and filmed these shots of me walking through the city and that was when I thought: ‘Are you going to make this work or not?’ So then I agreed.” 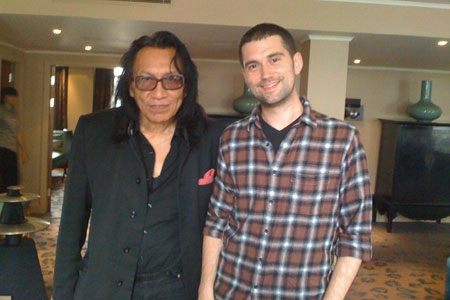 Sugar Man heralds the start of a new chapter in Rodriguez’s life and career. “As a result of technology I’m almost a new act,” he relishes of the opportunity for him to connect with a new audience.

“Although the material is old-century, I do consider myself contemporary and there is a new lease of life for the material, as well. The young blood should invest in the recordings.”

Further success beckons and Sixto could very well be on the cusp of that mainstream acclaim many foresaw at the end of the Sixties.

An appearance on The David Letterman Show is booked for late August, with global film fest appearances, and accompanying gigs, as well.

The duo have been to the Czech Republic and Moscow recently, with Malik picking up the Special Jury Prize and Audience Award for Best International Doc at Sundance, too, meaning it’s not just the tall, dark musician whose life has changed.

There are new shows on the horizon as well, including a return to Australia next year and new dates in South Africa after the documentary tour is done and dusted.

If you were to stop someone on the street in his native Detroit in a few months time, perhaps, it is highly likely you’d find half the people you spoke with would know of Rodriguez and his incorruptible ways, too. And it’s not before time.

Searching For Sugar Man is out now through StudioCanal.