Yet again the fluent Bell delivered, scoring yet another Ashes 100, reaching the milestone with two almost out shots, but the previous 180-odd deliveries made up for that. 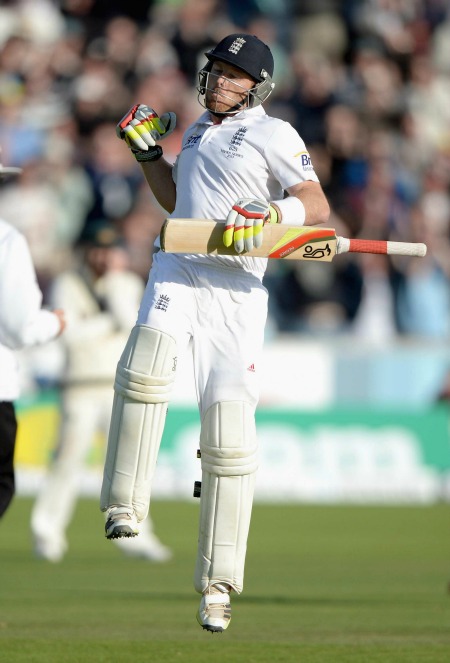 Resuming after tea on 3-123, England would have felt confident that Ian Bell and Kevin Pietersen could lay on a solid total for Australia to chase.

England lead by 202 now, but when Bell came to the crease when they were effectively 3-17, after accounting for Australia’s lead.

With every run gold for England, he set about doing what he’s done all series – ride out the tough stuff and cash in when the bowlers strayed. 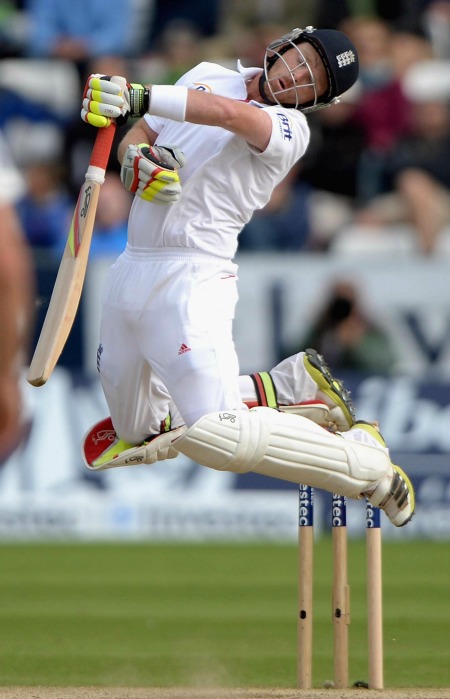 Joe Root may have scored 180 under zero pressure, but every time England have needed runs Bell has shown up.

Meanwhile, at the other end, Pietersen was scratchy with hints of genius.

Brad Haddin at one stage was as befuddled as the batsman, with a straight one (might have been his ‘mystery’ ball Geoff) from Nathan Lyon beating both of them on first look – no worries for KP but a missed stumping for the keeper.

Turned out the dangerous number four got an edge, so it was a missed catch too. 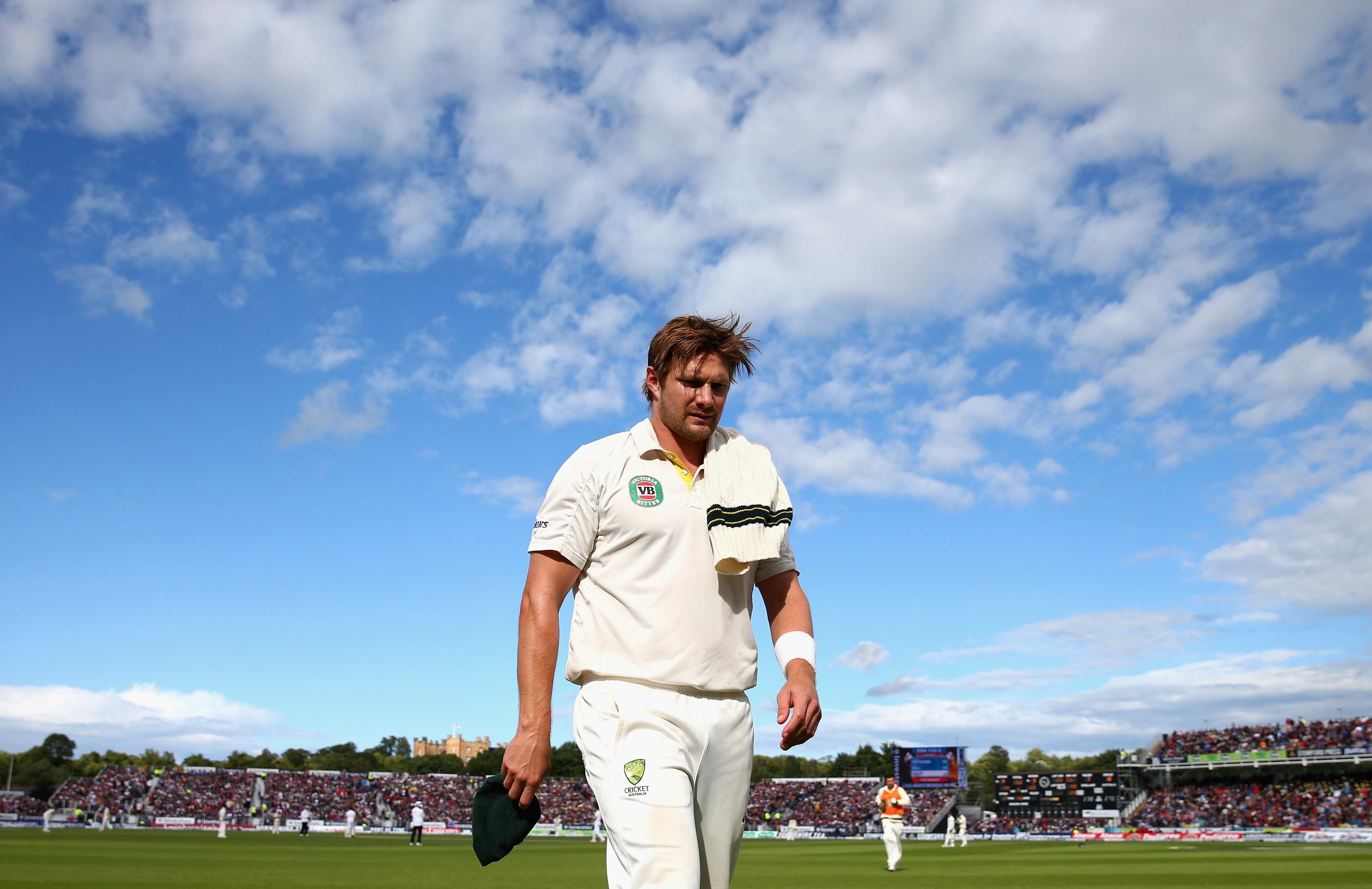 A massive blow for the Aussies came when three balls into an over Shane Watson felt a hip/groin strain, couldn’t complete his over and left the field.

Soon after though came an innocuous dismissal that was a huge hit for England, as Pietersen (44) was claimed again by Lyon, trying to whip him through mid-wicket but sending a leading edge to Chris Rogers. 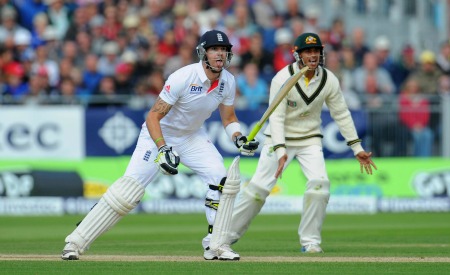 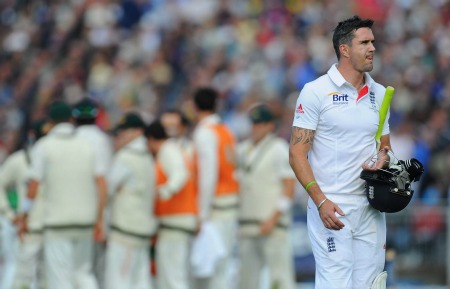 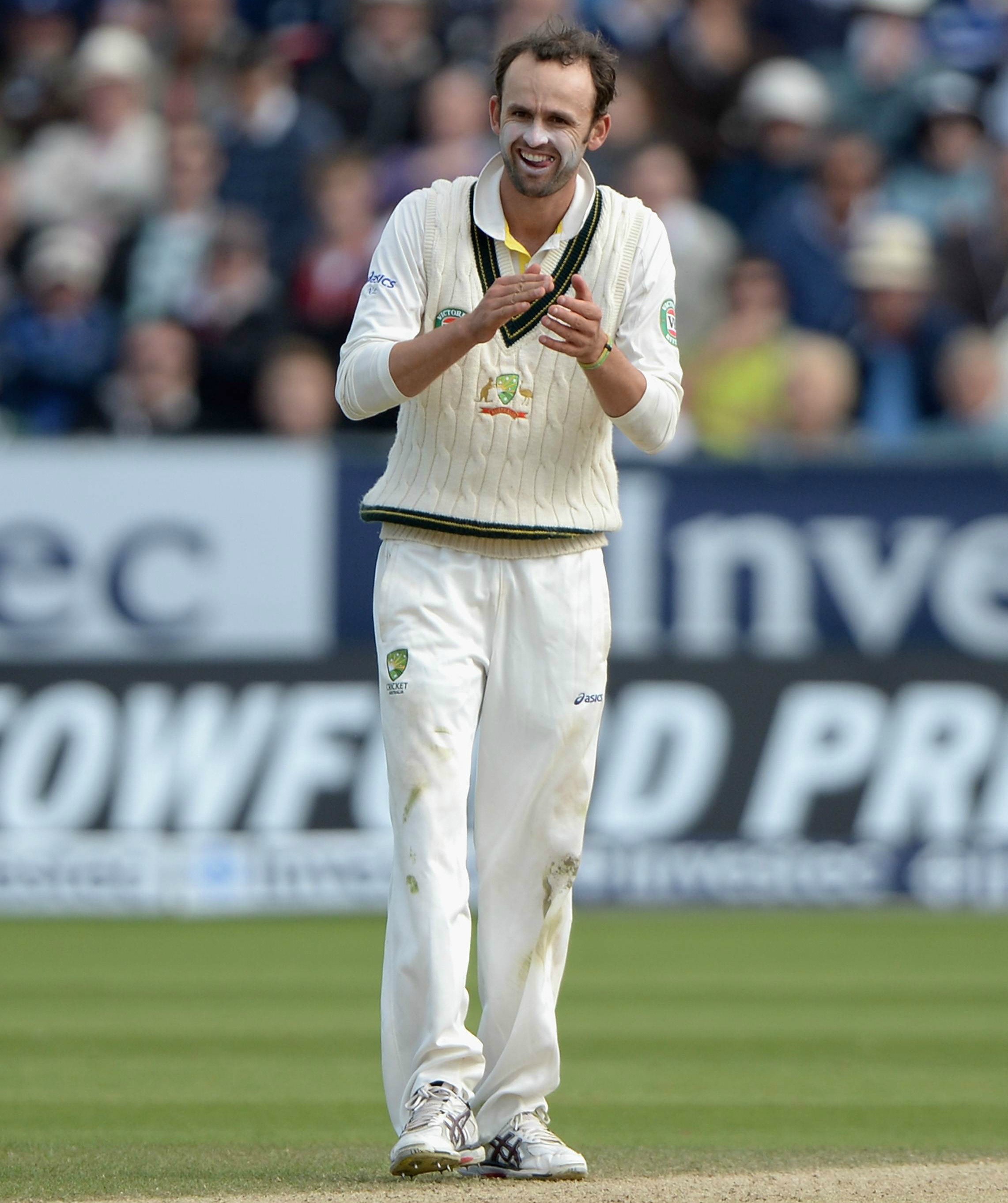 While there were moments of light showers and heavy winds that made putting an umbrella up tricky, bizarrely, with England ahead by 154, the umpires’ light meters decided it was no longer safe to play.

Leaving the field, players from both sides were shown laughing, but less than 10 minutes later they were back out there. Pointless.

As commentators were accusing Michael Clarke of allowing the game to drift, Nathan Lyon struck.

Bowling around the wicket he found Jonny Bairstow’s outside edge and it landed in Haddin’s gloves. 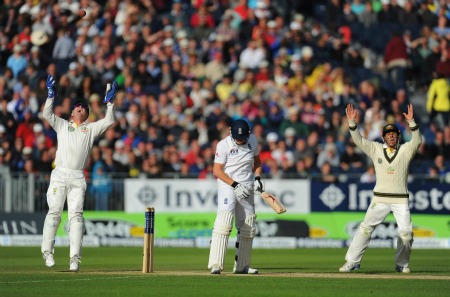 The new batsman, with 15 minutes to play in the extended day, was Tim Bresnan, who’s been as impressive if not more so than keeper Matt Prior and dubiously titled all-rounder Stuart Broad but conventional wisdom would call him a night-watchman.

He was there to see Bell struggle to handle Jackson Bird’s off-spinning slower ball, just missing Clarke at a wide slip with a late cut.

Then Bell uppishly sent a sketchy shot past a short mid-on to reach another 100.

At the close of play, England are 5-234, already with a total that’ll cause Australia issues.

There’s a great finish to this Test in the offing if the Aussies can get rid of Bell and the tail cheaply, but with forecasts for rain over the next two days, fans and players could be disappointed.

NASS Festival releases the first acts for its 2014 line up

Sweet Vine of Mine: Tour South Australia’s Barossa Valley – one of the world’s most famous wine-growing regions

A tale of two heads: Lamb born in Ghana with two heads