Film Round Up Jan 11: Horsing Around in London 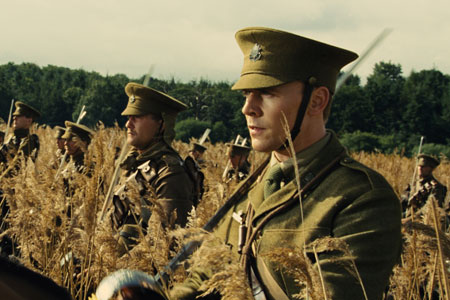 Spielberg himself was in town over the weekend for the premiere of War Horse (out Jan 13, Disney), accompanied by his cast, a couple of four-legged equine friends, and Prince William and the Dutchess of Cambridge too. The film itself though has drawn praise for the ‘Berg, for bringing the expectant scale and grandeur to the film – what else would you expect from one of cinema’s Gods – but also drawn criticism from some corners for its sentimentality (“toxic levels’ of according to The Guardian’s Andrew Pulver) and schmaltz.

To be sure, it is a hokey story that, presented as it is, tugs at the heartstrings and delivers a sweet and saccharine pay off. Not necessarily a bad thing, and to be expected from Spielberg’s first film for Disney, but when the brutality of the First World War is presented in such a bloodless manner, the twee sentimentality comes to the fore and it is easy to see how this is a little unpalatable to some. It is still though an engaging, well acted, honest to God cinematic experience that is unabashedly crowd-pleasing. Check out the TNT verdict here. 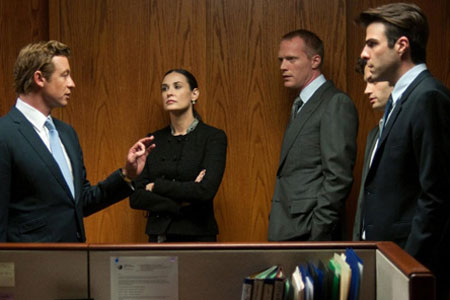 From the First World War to the war on Wall Street, JC Chandor’s ensemble drama Margin Call (out Jan 13, Stealth Media), is a thriller for our times. Set in a New York investment bank during the 24 hours before the Wall Street crash of 2008, it portrays the people behind the scenes, who knew what was going on, why, and how best to manoeuvre themselves before the rest of the pack. Tense and taught, in a way it’s Die Hard, but with a financial slant as the power brokers and suits try to get themselves out of the building before the whole packs of cards come crashing down. With an all star cast taking in Simon Baker, Kevin Spacey, Demi Moore, Paul Bettany and Jeremy Irons as a ruthless bank boss, it captures the imagination and is sure to feature come Oscar season next month. 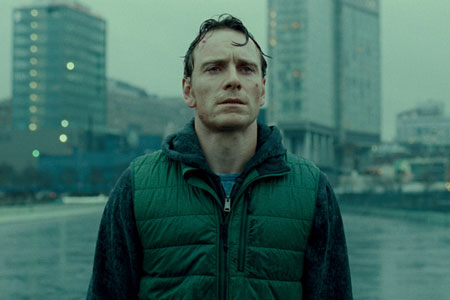 Steve McQueen and Michael Fassbender reteam after their 2008 partnership Hunger, with the New York set Shame (out Jan 13, Momentum), about a struggling sex addict. Fassbender is again on top form as a man haunted by his own cravings, who sees in his sister’s self-harming an echo of his own addictions, compulsions and struggle to retain control. Fassbender got his big break in Hunger as hunger-striking IRA prisoner Bobby Sands, and Shame is an equally powerful performance, brave and ballsy. McQueen too, a young filmmaker of terrific power, poise and intelligence, makes a film about sex addiction that is neither sexy nor exploitative, but rather is considered, truthful and terribly insightful. 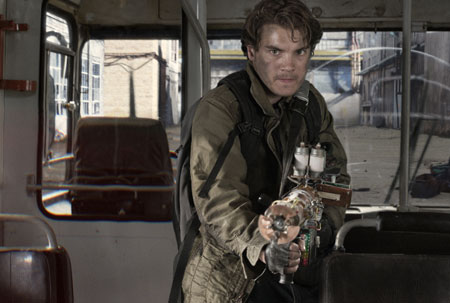 The Darkest Hour (out Jan 13, Twentieth Century Fox) is an apocalyptic action flick directed by Chris Gorak, an art director and production designer who worked on the likes of David Fincher’s Fight Club and whose directorial debut was the virus-shocker Right At Your Door, and produced by Wanted and Night Watch helmer Timur Bekmambetov. It tells of an invasion of invisible aliens that bring a black out to the world to aid their quest to devour the planet’s electricity. Emile Hirsch leads the fight-back – in 3D – with a group of his friends while they’re holidaying in Moscow. You can check out the 3D-tastic carnage in the movie trailer below:

Chief DVD release of the week is the Brenda Gleeson and Don Cheadle-starring comedy thriller The Guard (out Jan 16, StudioCanal, 92mins), about a sarcastic Irish cop (Gleeson) who teams up with Yankee FBI agent (Cheadle) to crack an international cocaine-smuggling ring. The highest grossing independent Irish film of all time (it overtook previous record holder, Ken Loach’s Cannes-winning The Wind That Shakes The Barley), Gleeson brings the smart-mouthed hilarity he showed in In Bruges as a cop who’s too busy “whoring around and getting fucked up” to be bothered with any real police work, and Cheadle the straight-laced foil to his winning comedy turn.

Check out the trailer below:

The only other main release this week is The Whistleblower (out Jan 16, High Fliers Films, 107mins). A 2010 thriller about sex trafficking, it has an impressive cast – Rachel Weisz stars, supported by current Sherlock Benedict Cumberbatch, David Strathairn, and Monica Belucci – but skipped a theatrical release over here and makes its home entertainment debut. Which probably tells you all you need to know.

Next week: Leonardo CiCaprio and Clint Eastwood try to get under the skin of (in)famous FBI man J Edgar Hoover in biopic J Edgar, Ralph Fiennes and Gerard Butler bring Shakespeare to the Balkans in Coriolanus and funny-man-boy Jonah Hill takes on a load of kids in babysitting farce The Sitter on the big screen.

Kevin Smith’s fundamentalist horror Red State and Lars von Trier sidestepping any Nazi-gaffes in favour of Kirsten Dunst’s manic-depressive facing the end of the world in Melancholia both arrive on DVD too.