Taranaki tries to steal Tongariro’s wife, but flees when the jealous husband blows his top. In his despair, Taranaki gouges a deep scar from the volcanoes all the way to the Tasman Sea. The conqueror floods the rift creating the Whanganui, New Zealand’s longest navigable river and a Maori treasure.

Kayaking the 87km section from Whakahoro to Pipiriki is adventure in the slow lane. It’s the only Great Walk where you can sit down, put your feet up and let the river take all the strain. What the journey lacks in thrills it makes up for in rugged beauty and isolation, but it takes perseverance to paddle long days at the mercy of the river and her moods.

When Whanganui is at rest her still waters reflect the steep-sided gorge like a vast mirror, shaded by an impenetrable mass of native forest and ferns clinging to the slopes above. Water cascades down sheer cliffs or spills from the narrow openings to gloomy caves. Her banks echo only bird calls, paddle splashes and laughter.

When she’s playful, she’ll send water tumbling over shingle banks and boulders, swirling into eddies or surging along the rock face with only inches to spare. It’s best not to be around when she’s feeling cruel. 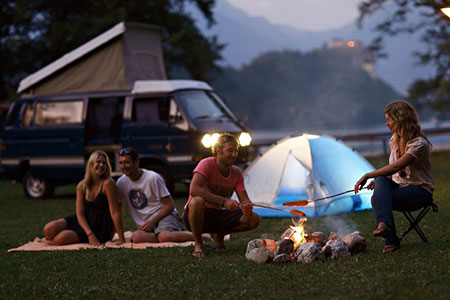 There are campsites every two hours along the river but the popular ones fill up quickly and once you’ve cruised past, there’s no going back.

Arriving at the John Coull camp on the first evening, we’re met with a scene that is more Glastonbury than an average DOC camp. Three terraces are crammed with tents and our group of seven is forced to pitch on the footpath. This may be a remote wilderness but there seem to be a lot of people trying to enjoy it.

Back on the river the next day Whanganui is playing up – hurling her foul mood at us with gusting head winds that even out-pace the current. Not only are we going nowhere, but it seems we’re paddling backwards. We’ve lost our morning lead on the other campers and a 15-strong group in a flotilla of canoes is now in close pursuit.

It’s a battle against the wind in front and the Spanish Armada behind to see who gets the camping space and ownership over the BBQ tonight. I’m ready to draw paddles by the time we reach the shingle bank below Tieke Kainga, but we put our dispute on hold to be formally welcomed onto the site, as we’ve landed at a marae. 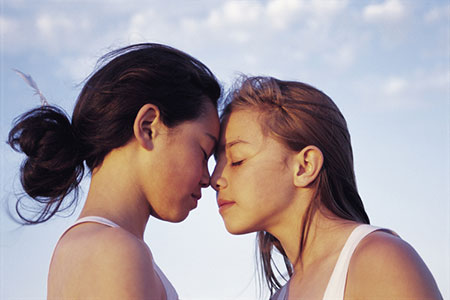 The girls stand first at the gateway for the powhiri welcome. We wait for the karanga, a softly-sung call to enter, but are overtaken by the men and ushered to sit behind them as we listen to an elder deliver a lively, but completely incomprehensible speech in Maori.

The assembled Maori then sing brief songs and with formalities over, we’re invited to hongi and greet the women and children of the marae.

Whanganui is in a mischievous mood on our last morning, and she isn’t going to let us pass without a final fling. As the group’s only single traveller, I’m in a kayak while my six companions share open Canadian canoes.

They seem buoyant enough, packed with plastic barrels filled with our food and belongings, but my suspicion is raised with a remark that “you can put these canoes in the river and they’ll float the right way up all the way to the sea, but for some reason when you put people in them, they tip up”. Turns out they make pretty good bath-tubs too.

When we hit the big rapids in the last 10km of the course, two of the three canoes fill so suddenly they leave their occupants standing waist-deep in water -– amusingly still paddling – wondering where the hell their canoe has gone.

From the chaos stems only laughter, as all the flotsam is gathered up, the boats bailed out and we’re back on track within a few minutes. Nothing lost, but definitely an exhilarating ending to a long and leisurely journey through the wilderness. 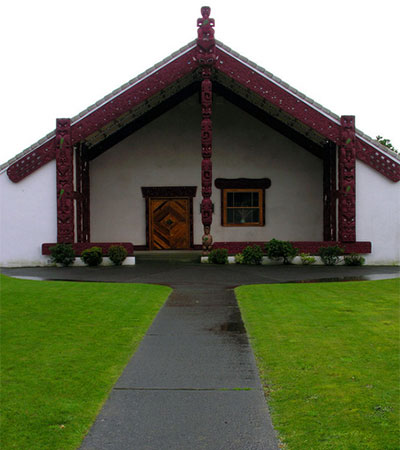 Tieke Kainga is unusual, as an invite is not required to camp at the marae. You wouldn’t pitch up at someone’s house uninvited, so you can’t just turn up at a marae. Visitors (manuhiri) are treated to a powhiri welcome with songs, speeches and hongi. Greet your Maori hosts with “kia ora” or “tena koe”. You may well be asked for tales of your family and travels.

Meals are cooked and eaten together and visitors are encouraged to lend a hand around the kitchen to clean up. On leaving, you should offer a koha, a departing gift of money or food in appreciation of their hospitality, and initiate the farewell poroporoaki.

6 Rules of the Wrist Watch