Caryl Churchill is nearer 80 than 70, and Peter Brook is 90, but both these notable theatrical figures are still busy producing new (if considerably shorter) work.

Churchill’s latest play for the Royal Court ESCAPED ALONE runs at less than an hour. Passing  an enclosed backyard, working class Mrs Jarrett slips through a door in the fence to join a trio of elderly woman (Churchill specifies all four are at least 70) chatting inconsequentially in the warm sunshine. Superficially, everything in the garden looks rosy – especially in comparison to the horrors that Linda Bassett’s Mrs J describes (in interpolated monologues delivered before a harsh electric frame) which are going on outside the protected perimeter. Out there it’s an apocalyptic world of manmade catastrophes where most of the food supply is diverted to television programmes and breakfast isn’t eaten but watched on iPlayers. 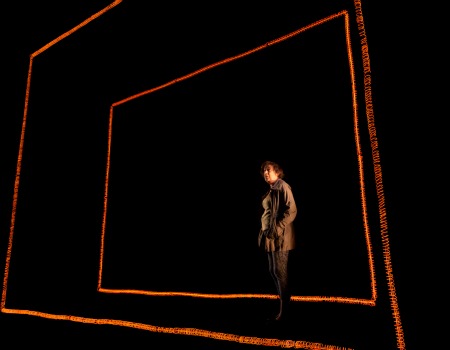 Yet there’s sadness inside too. In sentences that are started and never finished we learn little titbits about the women’s former and current lives. Deborah Findlay’s retired doctor Sally has a severe phobia of cats, June Watson’s former hairdresser Vi has served  a prison term for killing (possibly intentionally) her husband and Kika Markham’s depressed, agoraphobic Lena can’t even make it to Tesco, let alone travel to Japan. Only when they burst into spontaneous song is there pure, unselfconscious joy in James Macdonald’s fine, thought-provoking production.

Paris-based Peter Brook’s latest work (once again co-directed and adapted with long-time collaborator Marie-Helene Estienne) is slightly longer, but at just over an hour runs at a mere fraction of the work from which it originates. Back in 1985 they turned the epic Indian poem the Mahabharata into a daylong theatrical event. Now, BATTLEFIELD focusses on the aftermath of the bloody internecine war which sees the new ruler Yudishtira facing the devastation of his so-called victory. 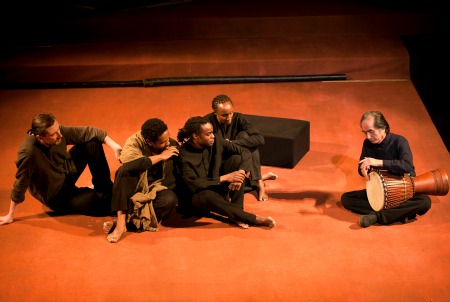 Simply staged on an almost bare ochre set  (only a handful of sticks and coloured shawls serve as props) and with on-stage percussionist Toshi Tsuchitori adding atmosphere on his traditional Japanese drum, Brook’s production uses just four very committed actors to pose philosophical questions interspersed with cheeky allegories (an interlude with a greedy mongoose is particularly memorable). And although the dialogue is sometimes ponderous, there are occasional moments of subtle beauty in this rare opportunity to catch at least a glimpse of what made Brook so enormously influential in the world of theatre.

London diary: MexFest at Rich Mix as part of the Shoreditch Fringe Festival