Take this weekend’s The Chap Olympiad. It celebrates the true English gent in all his corduroy-wearing, moustached glory. It’s tongue-in-cheek, of course, with chaps and chappesses dressing up in their Remains Of The Day-style finest. Pipe smoking is obligatory and gin-quaffing essential as ‘chap’ skills are put to the test in events such as umbrella jousting, butler baiting and moustache wrestling.

Competitive they are not, though. In fact, sporting skills or aptitude of any kind are detrimental to any hopes one has of winning.

“There are no competitive sports at the Olympiad,” head chappess Bethan Garland tells us. “In fact, points are deducted for sporting prowess of any kind. We do, however, have some leisurely new pastimes this year, such as tea pursuit and beach volley bowler.” 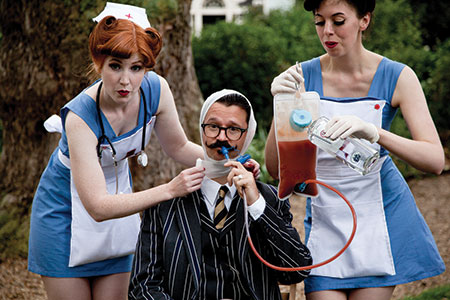 Chaps must possess, Garland tells us, “sharp trouser creases, well groomed facial hair and an air of rakish charm”. Antipodeans are not excluded from showing off their chappish charisma, either. “We are true admirers of our Antipodean cousins, for we are all true to one Queen,” Garland explains. “As long as no flip flops are seen! In fact, we had an Antipodean winner of the gold cravat last year,” she hastens to add.

If the no jeans policy is not your thing – or your facial hair is too poorly groomed – fear not, there are loads more local fests over the course of the summer months.

The Ealing Comedy Festival, turning 20 years old this year and forming part of the borough’s wider arts and culture summer season, is five days of stand-up tomfoolery and has an assortment of stars featuring on stage. 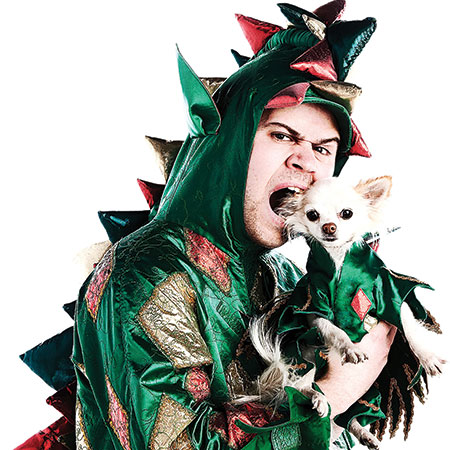 Kiwi act The Boy With Tape On His Face will be showing off his silent skills, alongside Paul Chowdhry, Lee Mack, Omid Djalili, Piff the Magic Dragon (above) and Paul Sinha (below), who TNT caught up with.

Sinha, who has six Edinburgh Fringe shows under his belt, turned his back on a prestigious medical career to go the stand-up route (or play the clown, if you listen to his parents).

“The show will have the usual mix of incisive social comment and emotionally involving anecdotes,” he says. “And crude nob gags!” 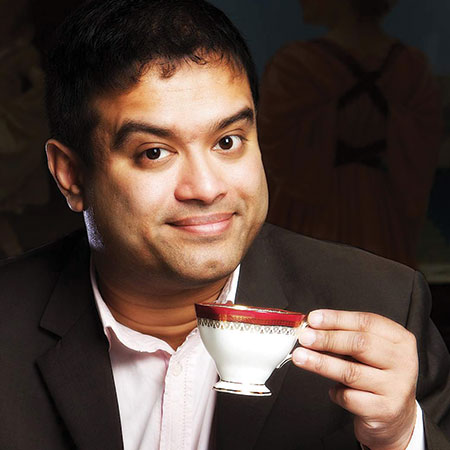 Sinha’s stand-up is observational and personal, drawing on his transition from the white coat brigade to stand-up, a career change his parents have forgiven him for since he bought them Sky+ (“bribery will get you everywhere”).

He has a forthcoming Radio 4 series, too, Paul Sinha’s Citizenship Test, all about what it means to be British.

“It looks at what the government thinks you need to know to call yourself British, what we actually know, and what we should know,” he tells us, demonstrating his trademark mix of the serious and silly. “It covers everything from the Magna Carta to JLS.”

From iron board surfing to clowning doctors, London has it all this summer… 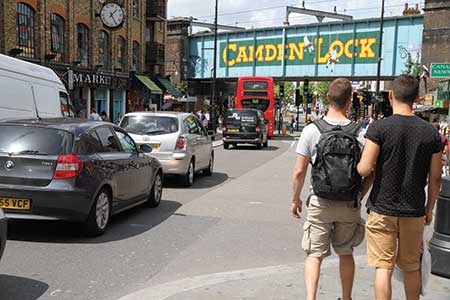 This urban boutique festival takes place at buzzing Camden Market with live music (folky singer-songwriter Marcus Forster headlines), DJs, talent from Roundhouse Presents (including spoken word artists and hula hoopers), global street food, and a Sailor Jerry cocktail bar on a boat on the canal. Not to mention all the ace market stalls this north London district is famed for. 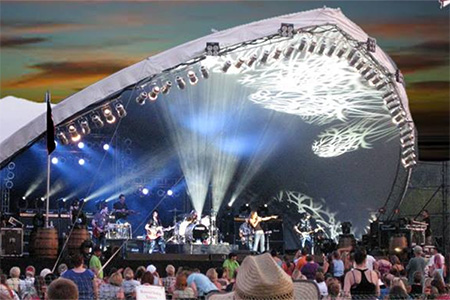 Despite the strawberries and cream-suggesting name, this is a music fest in the stately surrounds of the former Victorian ‘pleasure ground’ (posh for park) in Crystal Palace.

Up-and-comers the Van Susans sit on the bill alongside legends such as Ian Dury’s The Blockheads, tribute acts Floyd and Secret Police, and a Last Night of the Proms-themed Saturday night with fireworks, a rock ’n’ roll choir and Shakespeare recitals. 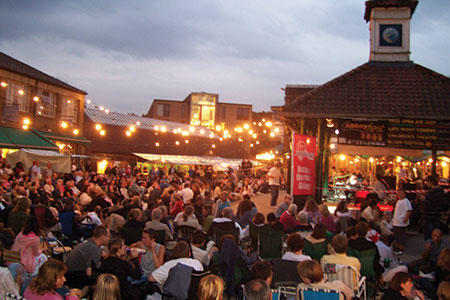 This 52-day-long local arts and culture fest – which will be celebrating its 16th year – has something for everyone. There are a total of 10 theatre shows, 10 free open air concerts, eight Edinburgh Fringe previews (including brilliant Aussie Benny Boot), as well as a blues mini-fest, classical performances and loads of food stalls to sustain you through all the cultural quaffing. Some events are ticketed. 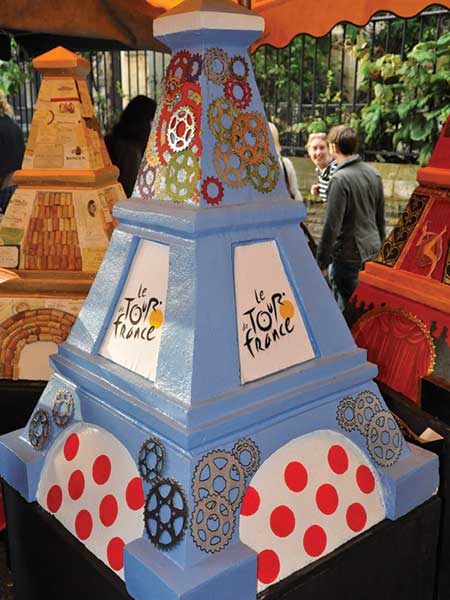 This is London’s largest celebration of the French national day and brings together all things red, white and blue – so expect cheese and wine, live performances, a slowest snail race (the winner might get eaten afterwards), and maybe the odd necklace of onions. 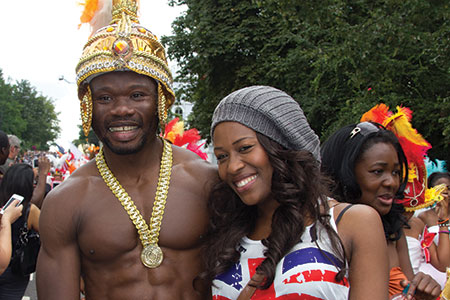 This is what you need to know about the famous west London bank holiday weekend mega-party (below): the carnival parade is actually really cool and should not be missed; the food is great; Sunday is the family day, so great for chilling out; Monday is the loud and brash party day to check out the sound systems; and it is nothing like that lame-ass fucking Hugh Grant movie. 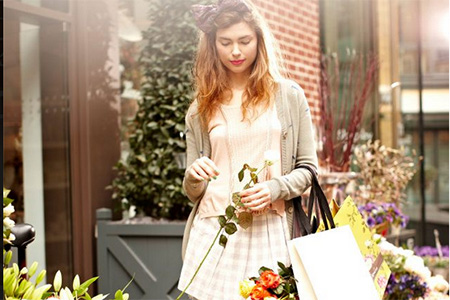 Just because autumn is around the corner it doesn’t mean the outdoor cultural fun will stop. This literary fest on the famous Wimbledon Common has readings, performances, talks and workshops, as well as all manner of big name stars – An Evening with Michael Palin and the headline event with Irish author Roddy Doyle (The Commitments) are two of the eye-catching must-sees for this year’s event. And there’s a beer tent!

This not-for-profit charity-based festival – which celebrates its fourth year this summer – seeks to support African cultural identity in London and bring the best of it to the wider community, with a free outdoor music, food, art and dance treat. Get down, get involved. 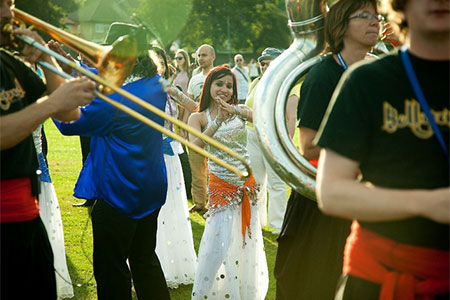 Last year’s Indian festival of Mela – a feast of “sights, smells, sounds and tastes,” say the organisers – saw 82,000 Londoners celebrating South Asian culture. This year there’s six music stages, including the Eid, BBC Introducing, and the Community stages. There’s the traditional Mela carnival, and also a classical concert among all the young sounds. And if that didn’t sway you, there’s top Indian eats, too.

Gappy Ranks and General Levy topline the live music, with a carnival parade, dancehall queen comp and more at this event celebrating the Caribbean’s cultural history. 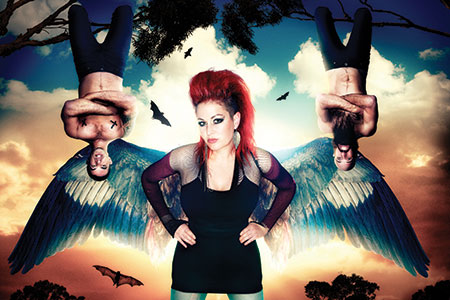 Mexican film, music, architecture, art and food are all coming to town. Cannes fave The Girl (Abbie Cornish) kicks off the film programme before a series of free outdoor screenings, live music from band Grupo Mono Blanco and a DJ set by Gil Cerezo (12), a Mexican picnic and loads more. Grab the guacamole! Some events are ticketed. 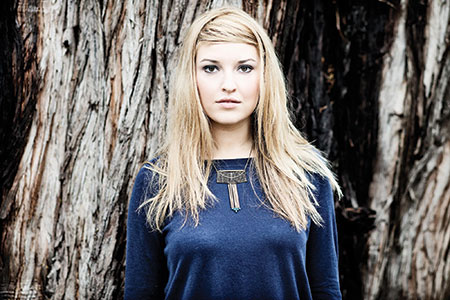 Nu-folk, old-folk (not your gran) and everything in between takes centre stage at this four-day celebration of the acoustic-based genre that Dylan once angered so much. Highlights include Ryan Keen (Thurs) London oiks Skinny Lister (Fri) and Essex songstress Leddra Chapman (right, Sat).

The Carpenter’s Story, The Zombies, Midge Ure and more at this proper posh Surrey music series. Bring the brie, the bubbly and the banter! 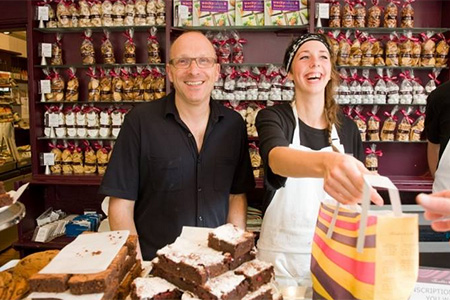 This annual celebration of “tastes, techniques and glorious food” will sate even the most fussy grub hound. There’ll be culinary offerings from both first-time local providers and the big boys, such as Cubana and The Stage Door, from around the world, ranging from fancy food to street-style munch-on-the-go fare. There will also be cooking demos so you can top up on your skills and wine to wash it all down with. 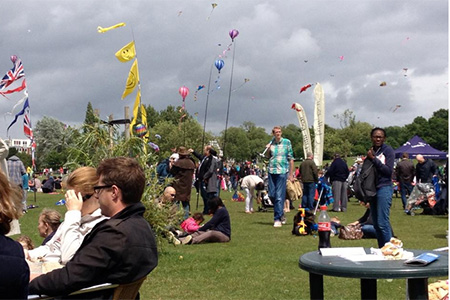 The Glamour Days is the theme for this south London culture and events bonanza, which celebrates the borough of Lambeth’s heritage through film, theatre, music, dance and live art installations. Key events not to miss are the tango-inspired Wired Aerial Theatre performance titled Rosa’s Bar, the Lane and Vale Carnival parade, and the South London Blitz Party. It’s all fuelled by a genuine community spirit and pride. Some events are ticketed.

Can Project Management Take Your Career Around The Globe?